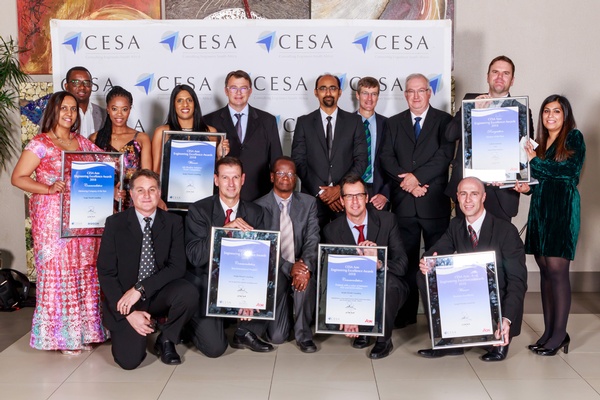 CESA presented the prestigious awards at a banquet, held on the theme “creating legacies and honouring legends,” on August 15 at Vodacom World in Midrand. The event celebrated consulting engineers and their clients for their innovation, quality, outstanding workmanship, and professionalism in the industry.

Knight Piésold was crowned as the winners in the Business Excellence and Job Shadow Initiative categories. Graham Jennings, the head of the structures division at the Johannesburg office, was announced as Mentor of the Year, being recognised for his contributions as a mentor to the industry and the future of the profession. Knight Piésold went on to receive a commendation for Mentoring Company of the Year, profiling the company’s extraordinary mentorship programme that was implemented within Southern Africa to develop and grow future skilled professionals.

The Rehabilitation of the Main Road between Atlantic Road, Muizenberg and Clovelly Road project received a commendation in the Engineering Excellence for Projects with a value between R50 million and R250 million category. Knight Piésold has been involved with the project since 2006, rehabilitating the 4.5 km stretch of road that faced challenges, such as close-by existing infrastructure and hard sandstone, which resulted in the use of non-destructive blasting techniques.

The Von Bach Dam Asphaltic Seal Replacement project also received a commendation in the Best International Project category. The Von Bach Dam is the backbone of the water supply for the City of Windhoek, the capital of Namibia. After a three-year drought, the dam’s water reached its lowest level in 20 years. At approximately 10%, this provided an ideal window of opportunity to rehabilitate the deteriorated asphaltic seal, which forms the watertight membrane of the dam. Time was of the essence for the project team as failure to successfully complete the project before the next rainy season could result in water shortages, which would have dire consequences for water users in Windhoek and result in a negative impact on the economy of the region.