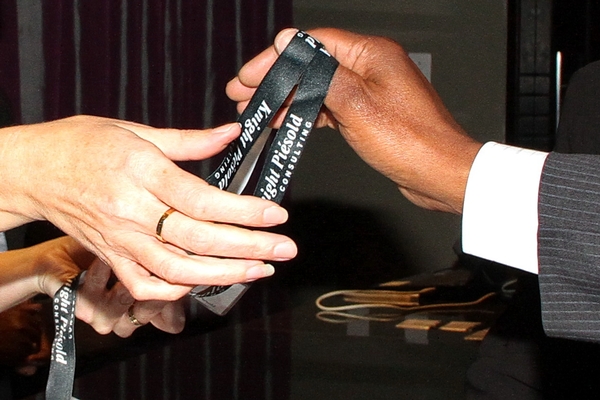 A Global Celebration of 90 Years of Excellence

January 9, 2012 – With the year having come to a close, Knight Piésold Consulting is proud to have celebrated its 90th year with one of its most successful years yet.  Throughout the year many of the offices around the world hosted local events in celebration of the company’s success and history over the last 90 years.

On April 26th, Knight Piésold Lima staff marked off the company’s 90th anniversary with a cocktail party taking place on the rooftop of the office building.  General Manager, Mario Villavisencio, took everyone on a trip down memory lane speaking of Knight Piésold’s history. The celebration lasted well into the night giving staff from different areas a memorable bonding experience.

On September 8th, the Johannesburg office hosted a 90th anniversary celebration in style at the Venue in Melrose Arch, Johannesburg. A cocktail networking breakfast, held in honor of clients, showcased the company’s capabilities and the work it has done through the decades. Clients mingled and were kept engaged by the guest speaker, Justice Malala, a well-known political analyst with his thought-provoking speech and views on the current political situations in South Africa.

Knight Piésold Santiago staff came together on September 15th for a festive 90th anniversary dinner, learning how to prepare (and eat) “asado” (BBQ). The evening was topped off with awards given to long time employees of the company.

In celebration of Knight Piésold’s 90th anniversary, the Perth office hosted a cocktail party on October 21st for both staff and industry colleagues. With the iconic and historic Perth Mint as the venue, the evening commenced with drinks and canapés followed by remarks from Managing Director, Dave Morgan, about Knight Piésold’s history with particular focus on the Australian company. Everyone then observed a spectacular gold pour, a traditional process wherein molten pure gold is moulded into a solid gold bar, before flowing back into the main foyer of the Mint to enjoy the rest of the evening.

On December 1st, the Vancouver office hosted its client reception and 90th anniversary celebration. Over 200 clients and staff filled the main floor of the office in downtown Vancouver to commemorate the year’s success with hors d’oeuvres, drinks and conversation.

In addition to the celebrations above, other offices celebrated internally at local staff events and end of year parties. We thank all of our clients and staff who continue to make Knight Piésold a success and look forward to the next 90 years.