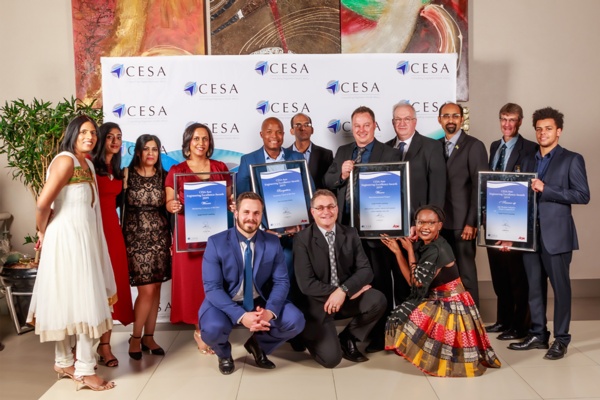 In the Best International Project category, Knight Piésold was announced as the winner for assisting the Kibali Gold Mine in developing a purpose-built, low-impact Azambi Hydropower Project. The 11 MW run-of-river facility is located in a remote area of the Haut-Uele province in the Democratic Republic of the Congo. This is the third award that Knight Piésold has received for the project this year.

The project produces approximately 64 GWh of renewable, reliable electricity each year to support the increasing power demands of one of the largest gold mining operations in Africa. The Kibali Gold Mine is operated by Barrick and owned by a joint venture company composed of Barrick, AngloGold Ashanti, and Société Minière de Kilo-Moto. The project reduces the mine’s overall energy cost and its reliance on diesel fuel—equivalent to US$19.2 million per year in savings. It will become a legacy asset for local communities once the mine has reached its end of life.

In the Mentoring Company of the Year category, Knight Piésold was crowned as the winner for implementing a Candidacy Programme that focuses on developing engineering candidates through a rigorous and structured programme, centred around the milestones set by the Engineering Council of South Africa.

In the CESA Job Shadow Initiative category, Knight Piésold placed first runner-up in the job shadow day poster competition. The poster titled “A Day in the Life of a Consulting Engineer” highlighted the interactions between learners and engineers at Knight Piésold’s offices in Rivonia, Pretoria, Durban, and Cape Town.