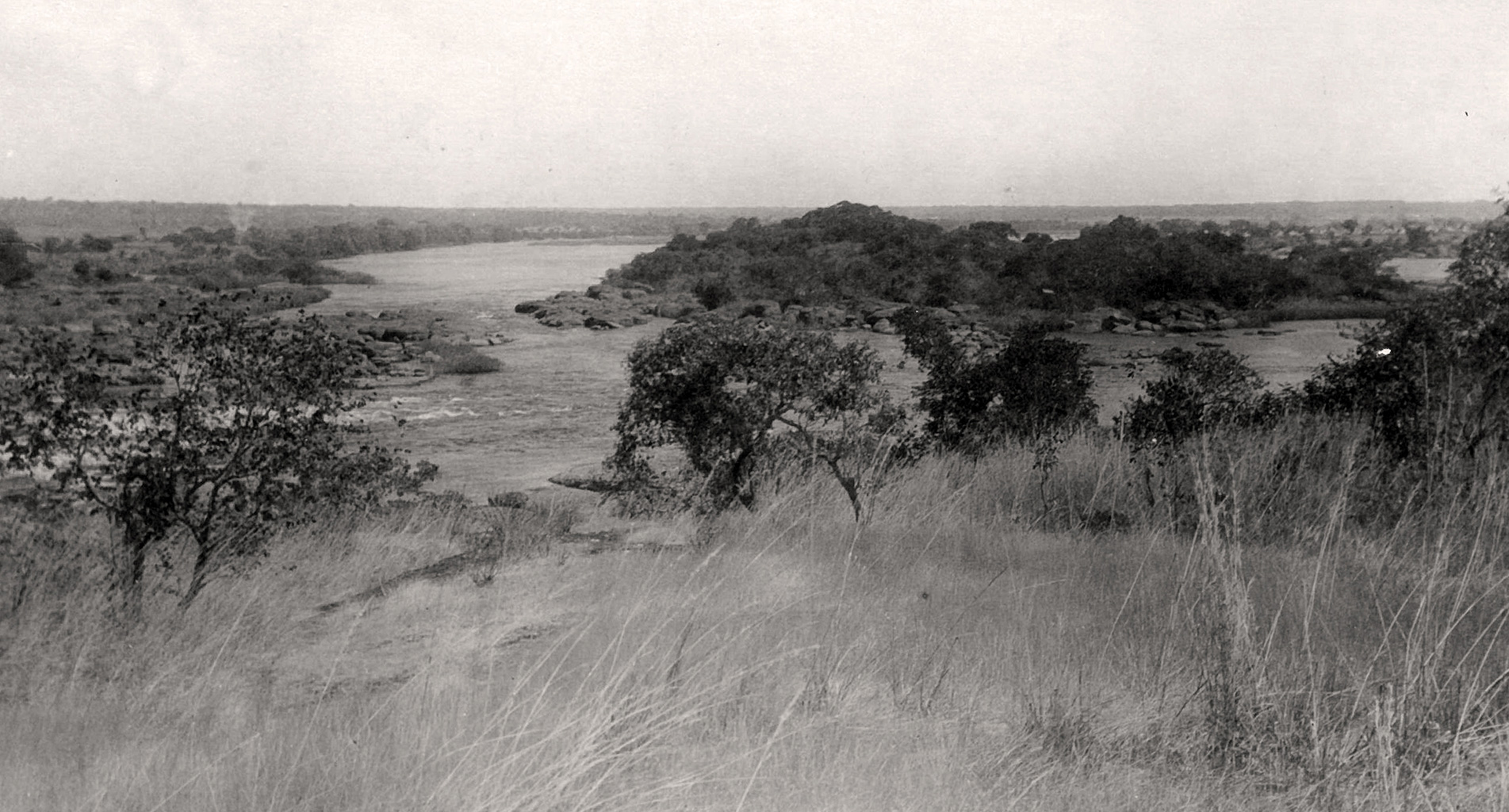 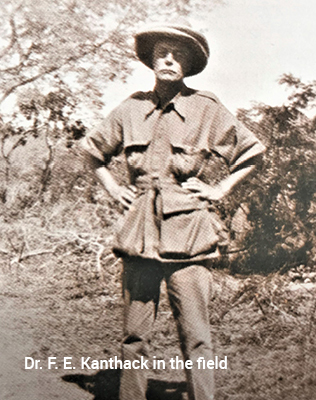 1, South Africa became the birthplace of Knight Piésold when Dr. Francis Edgar Kanthack set up as a consulting engineer, establishing F. E. Kanthack in Johannesburg. The company would come to change names a couple of times before taking its current name, but now, one hundred years later, Knight Piésold Southern Africa proudly remains as the oldest African owned engineering consultancy in the continent.

In 1964, the name of the company changed to Watermeyer, Legge, Piésold and Uhlmann (WLPU), to reflect the partners at the time. The office at that time was located in Braamfontein, Johannesburg, a block away from Eskom, who was a major client. The company was involved in many Eskom power station projects over the years, comprising cooling towers, chimney stacks, and circulating water pump stations. Dr. Hans Uhlmann developed the thermodynamic theories necessary for the design of various Eskom and municipal power stations. He also led the firm’s Durban-Johannesburg oil pipeline project and developed the firm’s own slurry pumping computer program, necessary for the design of tailings dam slurry delivery pipelines. 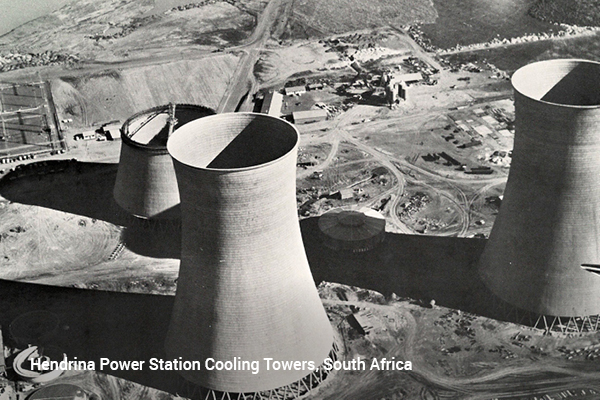 Another key project for the company was the massive Phalaborwa Water Board project, in which the company acted as the lead design and construction engineer, and which extended from 1964 to 1985. The project involved a major gated barrage on the Olifants River, major water treatment plant extensions, and new pump stations and pipelines, and until today continues to supply water to local mines, factories, communities, residential areas, and business centres in and around Phalaborwa.

In the 1970s, when Eskom moved offices to Megawatt Park, the company followed them to a new office in Rivonia, north of Johannesburg. The partners at that time invested in the construction of their own office block in Rivonia, the T. C. Watermeyer Center, named after Tom Watermeyer.

Following the company’s appointment as the civil engineering consultant for the Morupule A coal-fired power plant project in Botswana, Knight Piésold (Pty) Ltd. (Botswana) was officially established in Gaborone in 1982. Since its inception, the practice has continued to successfully provide services to government, parastatal, and private business sectors in the region.

By 1990, there were also operations in the Southern African countries of Swaziland, Zimbabwe, and Zambia. Phase I of the Lesotho Highlands Water Project (LHWP) was underway, with the construction of the Katse dam, the largest double-curvature concrete arch dam at the time, completed in 1996. Since 2017, the company has also become involved in the design and construction of the Polihali Transfer Tunnel, which forms part of Phase II of the LHWP.

In 1995, and with apartheid over, the South African practice joined the rest of the global group of companies and officially changed its name to Knight Piésold. 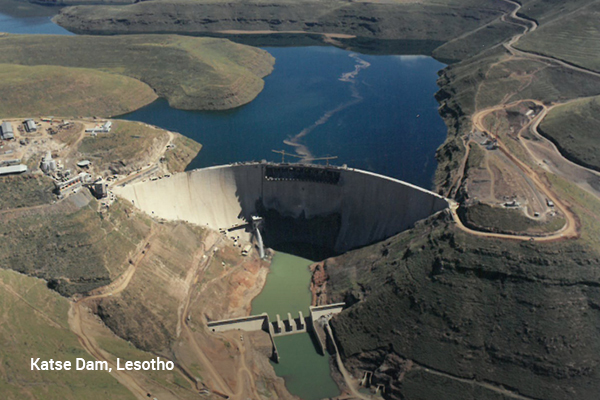 In the early 2000s, adjusting to the new government requirements in the country, the South African practice restructured its management and ownership. The transformation was challenging and groundbreaking; however, due to good leadership and the South African “can-do” spirit, the company adjusted to the circumstances and looked towards the future stronger than ever.

The company continued to grow, expanding its capability in the geotechnical field with an amalgamation with Knight Hall Hendry to establish the Pretoria office in 2003, and then merging with Kayad Consulting in 2010 to form the Cape Town office. In other parts of Africa, the company expanded into Namibia (2008) and the Democratic Republic of the Congo (2015) and took over the former Knight Piésold UK operation in Zambia (2014). 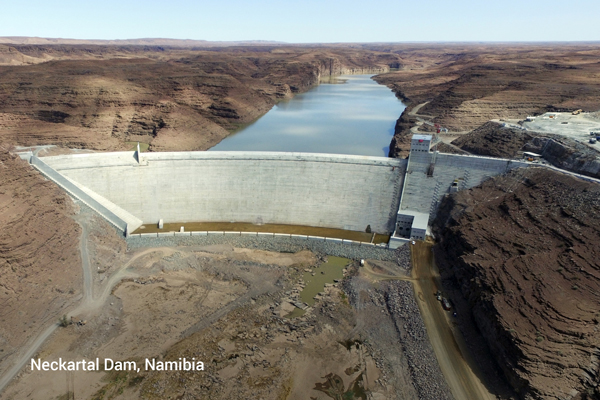 Today, Knight Piésold Southern Africa still designs and builds roads, dams, and other water projects, and has continued to be leaders in the hydropower sector and grown its environmental services. In the mining sector, the practice has expanded beyond tailings expertise into the infrastructure spectrum, offering structural engineering, geotechnical engineering, hydrogeology, and groundwater specialties. Recently completed mega projects include the award-winning 1,333 MW Ingula Pumped Storage Hydroelectric Project and the 80-m-high Neckartal dam (roller compacted concrete dam).

“We are African at heart and we embrace the local cultures of any jurisdiction we operate in,” said Vishal Haripersad, regional manager of Knight Piésold Southern Africa. “This has resulted in the creation of one of the most progressive, fastest growing and diligent companies on the continent.” 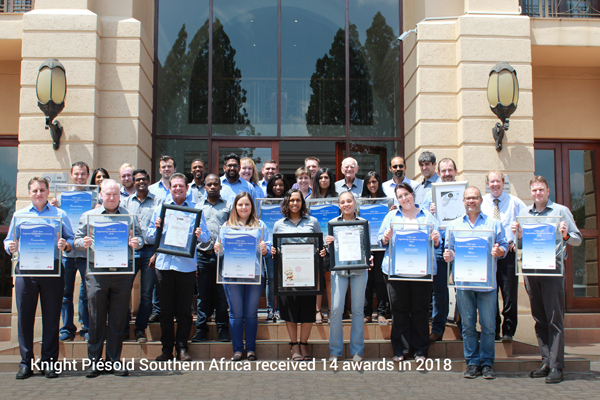